there's a hole in the mountain 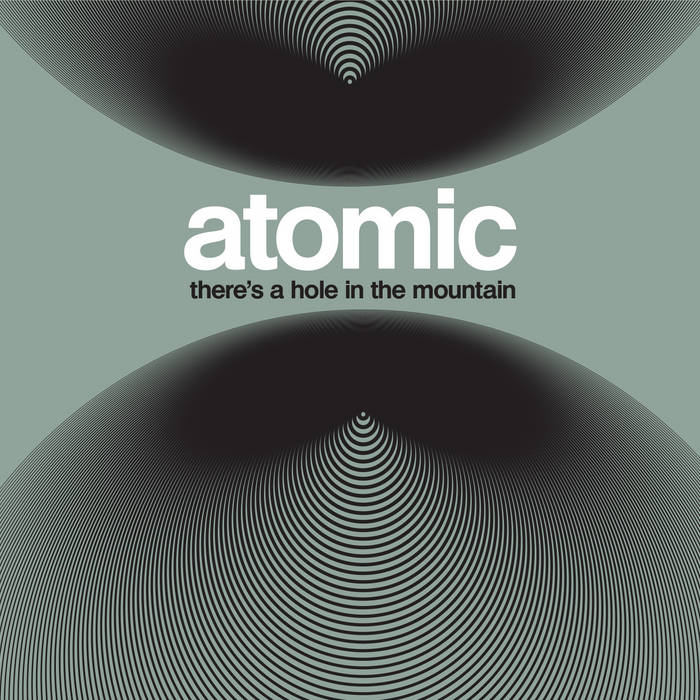 "There's A Hole In The Mountain". Atomic venture into their immediately recognisable, yet strangely unfamiliar blends of jazz and contemporary classical influences. With compositional duties led by reedsman Fredrik Ljungkvist and ivory manipulator Håvard Wiik, with the full-on dynamism of the polymorphic rhythm machine of Paal Nilssen-Love and Ingebrigt Håker Flaten, and the mercurial trumpet styling and lip-melting riffs of Magnus Broo, Atomic only seem to become more and more inventive and daring. Despite each band member's involvement with "side projects" such as Motif, The Thing, The Deciders, The Young Mothers, and countless others, their musical
well never seems to run dry so much as spill over.

"Accidentals" kicks things off with a manic intensity, quick-shifting gears and performing musical tirespins without breaking a sweat. "Wolf-Cage" by contrast begins sparsely, too tense to be sedate, before breaking into a spiralling march toward a controlled chaos. "Civilon" has a kind of urban cool feel to it, hints of modal jazz and French cigarettes, but as can be expected with Atomic, things take a sharp left turn into a more Ornette Coleman-esque soundscape, before jumping the river into the kind of high energy improvisation more associated with modern free jazz. "There's a Hole In The Mountain" begins with a feeling of the ghosts of Felix Mendelssohn
and Franz Liszt drinking absinthe in a twilit chalet just as it gets sucked
into the titular hole, and in the roots of the mountain are legions of notes working together in ways that human ear has never heard before. "Available Exits" demonstrates Atomic's uncanny ability to make a music that sounds spontaneous, almost impossible to even pre-plan in the vaguest form and is perhaps comparable only to Captain Beefheart and The Magic Band for the sheer defiance of standard compositional logic at play. "Labyrinths" steps things down a level, a wandering mixture of expectations aligned with discoveries, the feeling of being lost yet with a definite path to follow, a romantic notion bleeding through walls of nihilistic jazz existentialism.

Throughout the album are breath-taking solo passages (well - why wouldn't there be? And would they ever be anything other than breath-taking?), moments of manic humour, slyly winking invention, perverse pleasures inlaid with meticulous whirls and whorls, nods and elbow-nudges towards (alleged) influences and gold-plated antecedents, dark pleasures and blinding angst, endless energy and moments of satisfied exhaustion. This latest studio album confirms what fans have known for years: Atomic energy is an endlessly renewable source of pleasure. Hook into the grid today.

The playful spirit that deftly weaves through every Atomic performance from Feet Music onwards has constantly evolved, and Here Comes Everybody stands as their greatest achievement to date.

“Atomic continues to mine its unique meeting place of American-centric free jazz, Scandinavian melodies and a personal approach to composition-cued spontaneity.”
John Kelman All About Jazz ... more

Bandcamp Daily  your guide to the world of Bandcamp

cktrl talks about heartbreak and his new record 'Robyn'